The Jean Crowe Advocacy Center, which opened in September 2014, was named after Jean Crowe, the attorney who requested Mayor Dean undertake the 2013 Assessment leading to the creation of the department and the Center within it. Crowe was also a founding member of the Nashville Coalition Against Domestic Violence and represented low-income victims of domestic abuse during her time at the Legal Aid Society.

The Family Safety Center, which opened in March 2019, serves anyone in Nashville who has experienced domestic violence, sexual assault, child abuse, elder abuse or human trafficking. A variety of organizations are co-located at the center so that people seeking support can access needed services in one place. 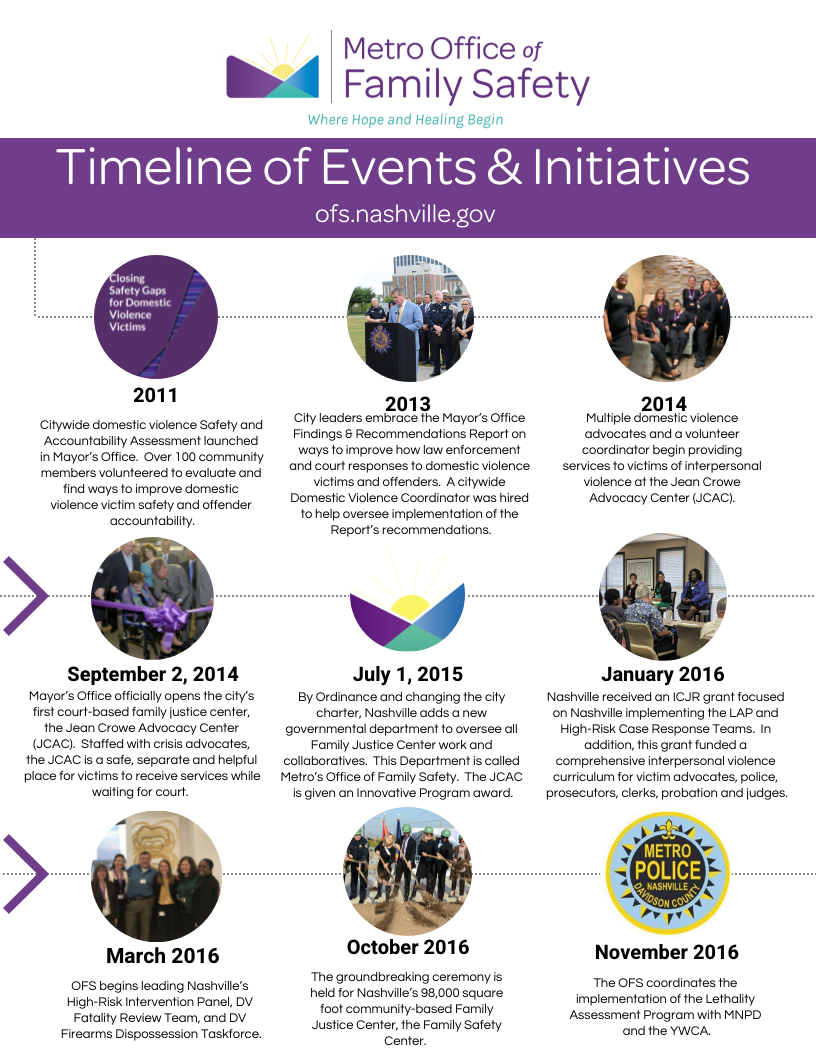 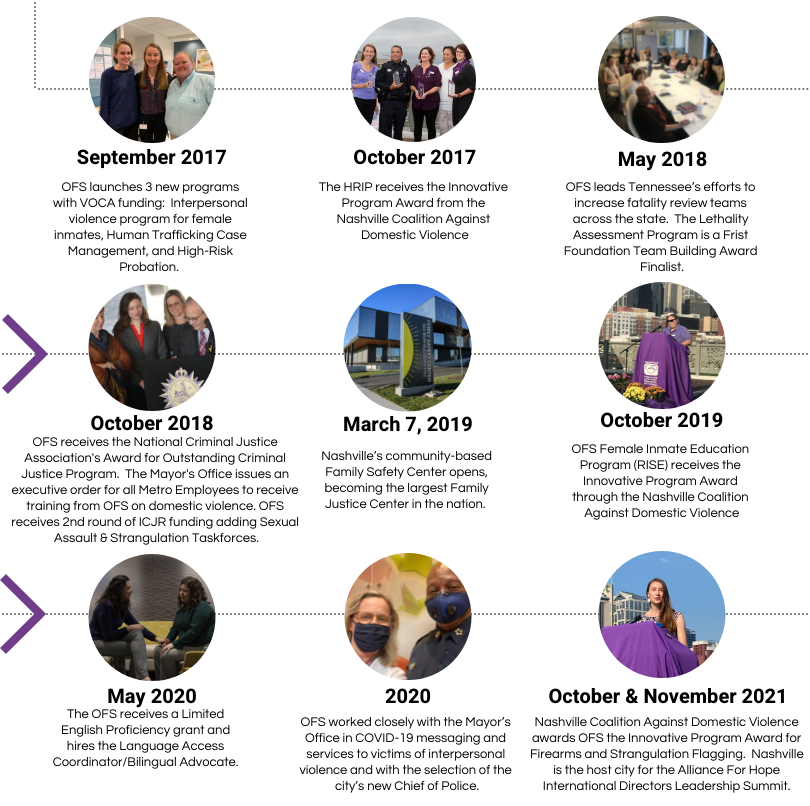 To learn more about the Domestic Violence Movement in Nashville, watch our mini-documentary below: